Tanzania’s energy demand for heating, electricity and transportation has been increasing with improved standards of living. To meet these growing demands, Tanzania has had to import a growing share of electricity from Zambia and Uganda. However, its domestic electricity supply is still vulnerable: delivery from these partners has been inconsistent, mainly because they both also depend on hydropower – and the country continues to suffer from frequent power outages. Tanzania suffered drought-related power crises in the 1990’s and then in 2006, 2007, 2009 and 2011. In 2011, the national utility company TANESCO had to institute rolling blackouts of up to 12 hours, forcing about 50 factories to close down and retrench their employees.

The National Energy Policy was adopted in 2003 with the objective of addressing national energy needs. Secondary objectives included developing domestic cost-effective energy resources; improving energy reliability, efficiency and security and reducing forest depletion. Tanzania has had a feed-in tariff scheme in place since 2008 for small power producers. Feed-in tariffs for small power producers are adjusted annually by the Energy and Water Utilities Regulatory Authority and are based on the avoided cost of the electricity. That means that they are differentiated by renewable energy technologies and that there is no guaranteed price over the long term even if a power purchase agreement is signed for a 15-year period. For balancing the higher generation cost in dry seasons, when the availability of hydropower is lower than in wet seasons and thermal power plants have to generate more expensive power, the standardised feed-in tariff is differentiated according to the season.

Short and medium term projects have been identified in the Power System Master Plan 2007-2031 to replace the short term emergency generation plants. A number of major projects have been proposed to develop the power sector of the country, and provide a solution to the current Southern African energy deficit. In 2008, the Energy Development and Access Expansion Project a multi-million international development association credit and global environment facility grant was approved by the World Bank. This project is primarily focused on the improvement of TANESCO’s transmission and distribution grid. The project also supports renewable energy options, namely, mini-hydropower generation, biomass co-generation, and solar energy.

The mean solar energy density is about 4.5kW per square metre per day, which indicates its potential use as an energy source. Some solar developers are seeking to set up large solar PV projects. Hydroelectricity is the most important indigenous source of commercial energy, with a recognised potential of 4.7 GW of installed capacity and 3.2 GW of firm capacity. Only 15% of the potential installed capacity has been developed and several projects are currently seeking funding.

Geographically, the hydro power potentials Tanzania are located in the Rift Valley escarpments in the West, Southwest and Northeast regions of Tanzania. The planned large-scale hydropower generation sources include Ruhudji (360 MW), Rumakali (220 MW) and Stieglers Gorge (2100 MW). Stieglers Gorge may have the potential to produce enough electricity to justify investments in extending the national grid and has been under construction for decades due to a number of environmental and social issues.

There is a high potential for geothermal power generation in Tanzania, with temperatures of up to 255 ˚ C. At least 15 thermal areas with hot spring activity could be justifiable development projects. The total potential geothermal power in 50 identified sites is 650 MW. The Songwe site in Mbeya region alone has an estimated potential of 100 MW of electricity. Geothermal exploitation involves changing the flows of underground water, which in some cases have led to draining of nearby lakes.

The Ministry of Energy and Minerals frames its strategy and priorities for renewable energy development as part of the overall efforts to achieve economic growth and poverty reduction. It foresees a need for great improvements within the energy sector as a whole, both on the demand and supply sides.

Don’t compromise when it comes to Roof-Top Installations

Roof-top solar photovoltaic (PV) panels can change the power dynamic of South Africa by supplying efficient, green energy for almost any use. They are, however, a new option for many South African companies, many of which may now be reasonably wary of installing them following Carte Blanche’s exposé of the poor installations of rooftop solar geysers that resulted in unserviceable solutions.

In the case uncovered by Carte Blanche the problem lies not so much with the quality of the products used but rather with the installation process.

Installation is as crucial as getting the right product. Solar solutions will fare better in the long term if they are easier to install and suitable for a wide range of structures since solar panels can actually be mounted to commercial and residential roofs, carports, car parkades and even vertically to building facades, depending on the building’s orientation.

The industry is divided into companies that supply the solar panels, those that provide the mounting systems and those that actually install the systems. KJION Energy is one of the few that cover all aspects of a roof-top system.

In the case of the Carte Blanche exposé, there were numerous installation problems that resulted in leaky pipes, brackets that weren’t attached to roofs and internal, structural damage to homes.

As government is learning, through issues such as the solar geyser tender, it is important to find suppliers with good quality systems that are installed by professionals. This does not have to be at the cost of local businesses, local manufacturing and BBBEE as KJION Energy proves.

Local businesses with good reputations and years of experience such as KJION Energy have invested in these systems. They range from local electricians to construction services, materials and infrastructure investment groups, engineering businesses and even architects.

With the maturity of the offshore solar PV industry many of the current suppliers are from abroad, but they are investing in a South African solar PV industry by establishing local manufacturing, working with local manufacturers, and training local installers. The benefit of this approach is that decades of experience are passed on very quickly to local businesses, which means they can quickly rival the quality of their international counterparts. KJION Energy SA is drawing its experience and history from its Austrian Holding Company KJION, which has been successfully in business in Europe for the last 15 year.

The solar mounting equipment manufactured locally can be as good as that produced in Austria for example, because it can be done according to ISO 9001:2000. The ISO standard specifies requirements for a quality management system. Another standard, DIN 18.800, DIN essentially being Germany’s equivalent of ISO, governs the quality of welds used to manufacture the mounting brackets and platforms. Tests are also conducted on the designs of the solutions to ensure they can withstand atmospheric, particularly wind, conditions by using sophisticated and expensive wind tunnels.

If you tally the manufacturing processes, the quality of the materials used, and the certification of KJION Energy‘s installers, the net result are systems that are guaranteed for more than a decade, which will be the minimum time these solutions should be productive.

Solar Power to play a major Role in Sub-Saharan Africa

Governments worldwide have recognised the necessity of renewables, specifically solar renewables. Needless to say that solar energy is evidently a natural resources in the whole Sub-Saharan Africa. Keeping in mind it has one of the highest solar radiations in the world which is approximately 6kWh per square meter daily, this is essentially for off-grid locations that are limited by transmission and fuel transport networks.

Stakeholders, director’s, manager’s and shareholder’s of companies worldwide are beginning to take unprecedented steps to install on-site solar energy systems which provide the entity with a guarantee concerning stable energy supplies and internally decrease energy expenses. The affordability of the cost for PV Systems has improved the solar value proposition for commercial users and the cost has decreased significantly. Stakeholder’s are looking at this as a future investment and not as an initially expense. South Africa offers several government grants such as the manufacturing investments programme (MIP), the manufacturing competitiveness enhancement programme (MCEP), automotive investment scheme (AIS), film and television production incentive, the tourism industry, tourism support programme (TSP), and the business process outsourcing/ business process services (BPS). to assist entities with direct investments.

Africa’s economic growth is affected by the power/electricity problems with the countries. For instance it was stated by the World Bank that households within Sub-Saharan Africa have access to less than 25%, falling as low as 10% in the rural areas, especially with power outages happening at an average of 56 days a year. Every time there is a power outrage the backup diesel generators must kick in to reduce economic losses for the industry, with losses as much as 20% where back-up generation is not available.  It is estimated that more than US$ 40 billion a year of investments is needed for Sub-Saharan Africa to address the power supply problem that is hindering this economic growth.

Sub-Saharan Africa Solar Energy Conference 2014 which is scheduled for the 23 – 24 April 2014 at the Golden Tulip Hotel in Ghana will welcome key decision and policy makers to share and enlighten their plans for the growth of solar and energy within the industry. Review of solar programs throughout Sub- Saharan Africa:

The conference promises to focus on the overview of the current status, opportunities and targets of solar energy. The institutional framework to support scaling up of solar developments, case studies of successful projects, risk mitigation and management strategies, local manufacturing, securing finance, storage solutions, grid stability and even the stability of solar programs.

Our new Webpage went live on the 11th of April 2014.
We hope that you will enjoy the new look and feel experience.
Kind Regards 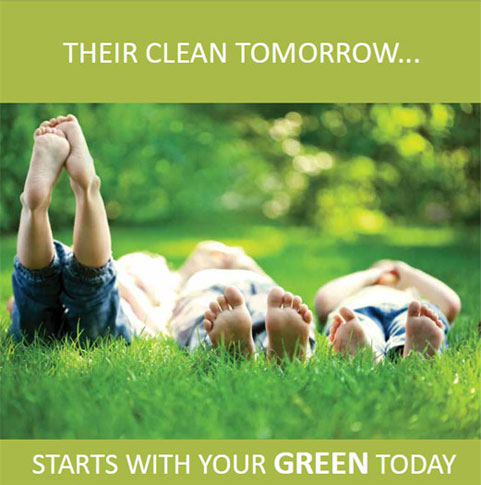